Additional information (Memory Map etc.)
DVRP (short for Digital Video Recording Processor / DVR Processor) is a co-processor found in PSX-consoles. It is not used in any other PS2 consoles. The chip is a Fujitsu MB91302A of the Fujitsu FR60 family of microcontrollers. It is a 32 bit microprocessor running at up to 68 MHz. It has an interal Mask-ROM, likely as a bootstrap, but most of its firmware is located on an external NOR-flash (Fujitsu MB85432BF). The firmware on the external flash is updatable. These updates are automatically performed during normal PSX firmware updates.

On DESR-x000 and DESR-x100, a copy of the firmware image is stored at /hdd0/__system/xosd/packages/boot_0/DVRP_FIRMWARE.udm (missing on 1.06; file name can be different depending on the version).

Firmware images can also be found on PSX update discs after unpacking/decrypting.

In the PSX, it handles HDD access and DRM/security functions. Little is known about it at the time, and it could be a target for efforts to make generic hard drives work in the PSX. 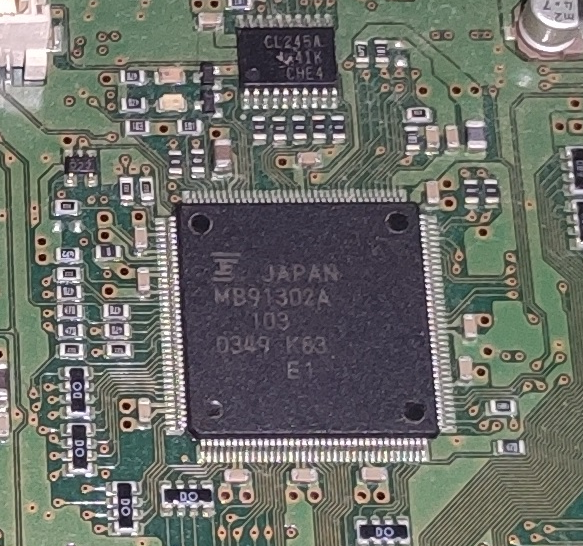